PI Johnson, M.S. candidate Erickson and Ph.D. candidate Cesar Ron led Learning Abroad courses in Ecuador in August 2017 and 2018. Of particular interest to this project is the development of Lateral Channel Biofiltration systems to simultaneously achieve two critical goals: a) drive lateral seepage through alluvium and thereby focus deposition of particle-bound contaminants and precious metals in target alluvial zones between contaminated rivers and constructed lateral channels for later exploitation by miners; b) improve the quality of water in constructed lateral channels for exploitation by locals (Figure 1).

The Johnson research group is currently developing graphical user interfaces for export of trajectory simulation capabilities to the public. No such codes are currently available in the public domain. The graphical user interface for the prototype Matlab code along with images of code output trajectories are shown in Figure 2. Dissemination of the finalized GUI will happen in the third and subsequent years of the DMREF project. 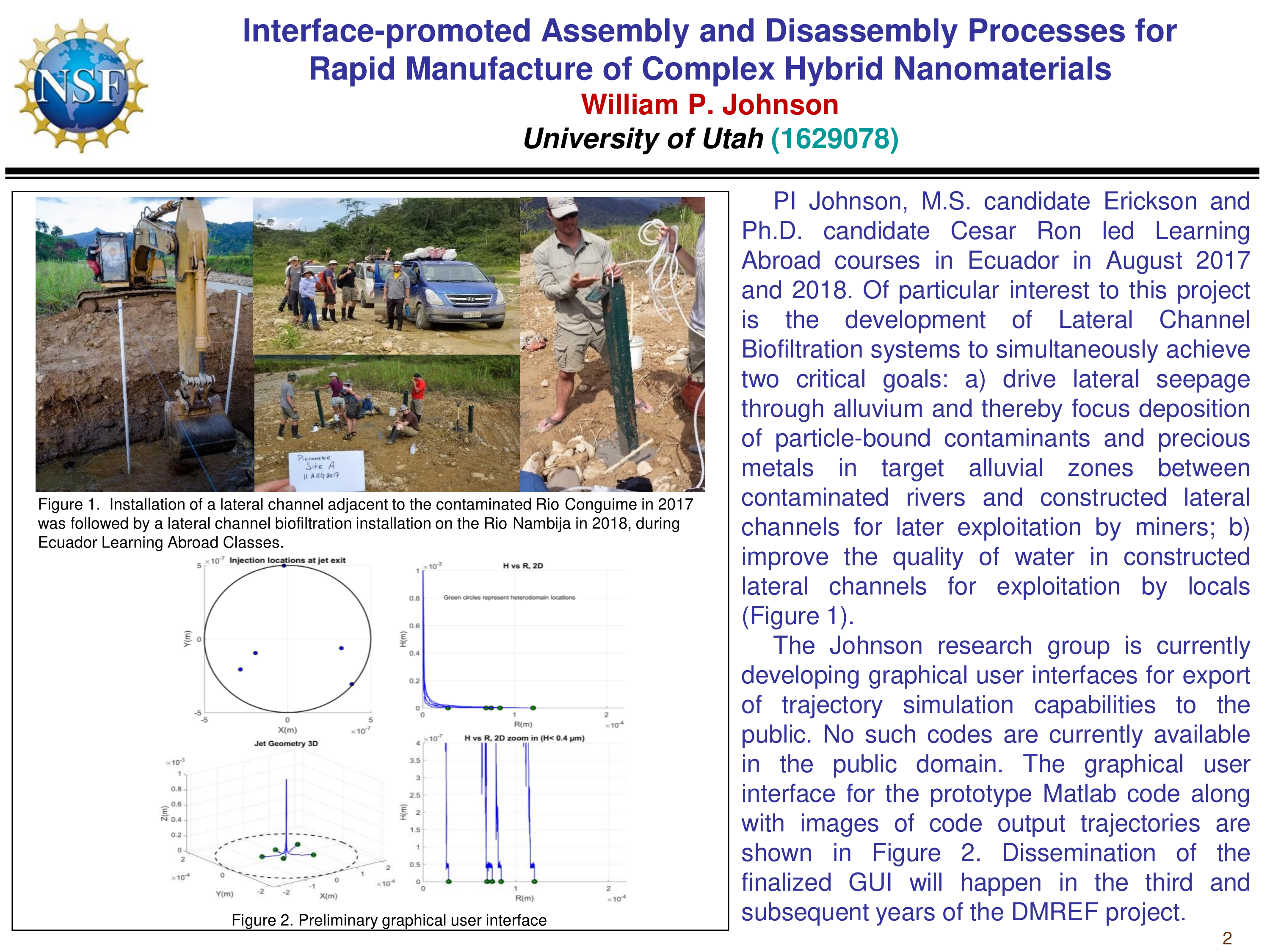